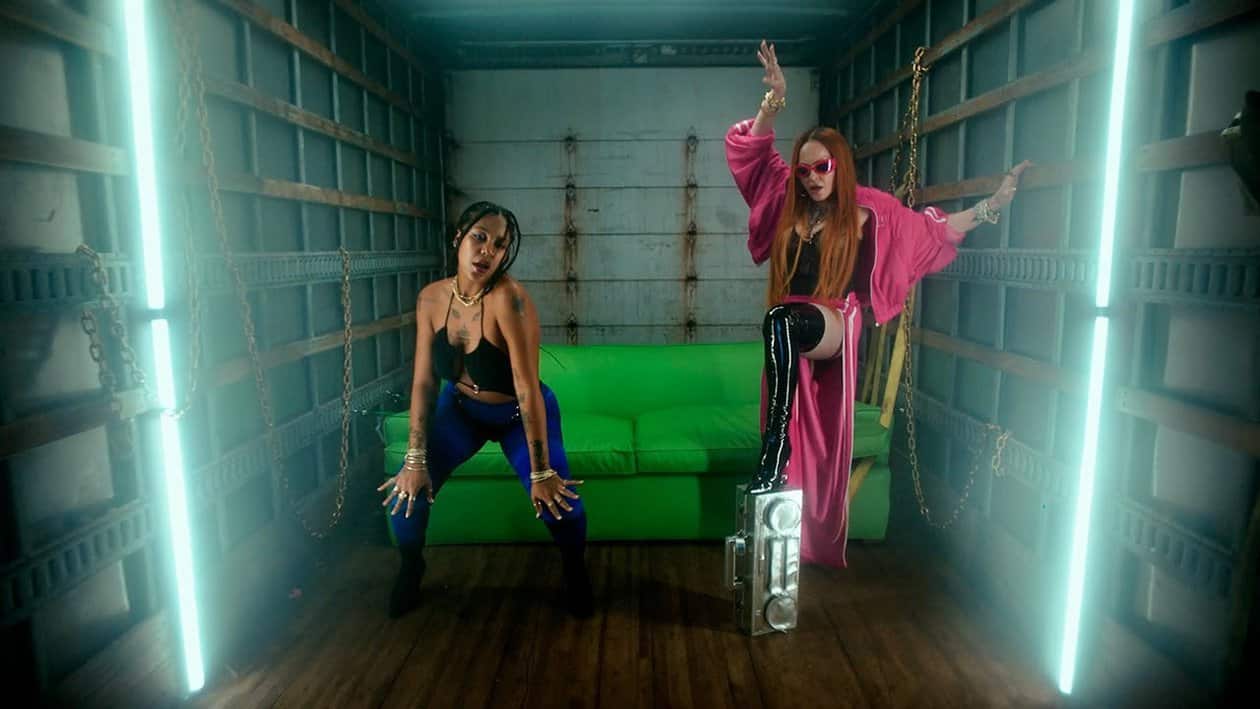 The 26-year-old rapper – who also has a platform on adults-only subscription service OnlyFans – teamed up with the Queen of Pop, 64, for the remix single ‘Hung Up on Tokischa’ and explained that although locking lips was a natural occurence between them, there is nothing “sexual” about their bond.

Speaking on ‘Ebro in the Morning’, she said: “As soon as we met, like, because it’s Madonna, you know, it’s somebody that’s been expressing herself her entire life, not caring. That’s actually what I do, too. It was instant — we connected right away. We were doing this together and rehearsing for the show and talking all the time, so we got really close… We were in the mic recording and all of a sudden we was kissing already, and it’s like, it’s so natural for both of us. We just kiss, just like talking… It’s not something that is, like, ‘Oh, we are so sexual…’ It’s more like a vibe.”

The ‘Linda’ hitmaker – whose real name is Tokischa Altagracia Peralta Juárez – went on to stress that she and the ‘Material Girl’ songstress are simply “friends with kissing” and explained that she also loves to lock lips with her fans.

Asked if she was in a relationship with Madonna, she said: “No, we are friends. With kissing. Her breath smells so good!

“I did this song that talks about how I have this best friend and we kiss. After I did that song all my fans are like ‘Oh I’m gong to your show, I hope you kiss me.’ How am I gonna tell them no? No, f*** that. They’re my fans, they’re literally there to see me. The least I can do is hug them or kiss them. I love to go to my fans when I’m on the show. That’s my favourite part.”

Previous Post: « Is Covid ‘Under Control’ in the US? Experts Say Yes
Next Post: Cubans approve gay marriage by large margin in referendum »