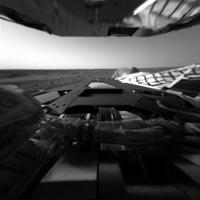 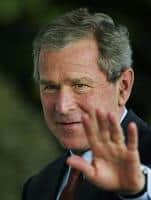 CRAWFORD, Texas — NASA’s Spirit Rover made a successful landing on Mars last night as the first step in Operation American Spirit, a pre-emptive strike by the United States to find that planet’s weapons of mass destruction and remove from power whomever has been shooting down Earth spacecraft for years.

A decision was made to change the purpose of the space mission by President George W. Bush and members of his security team over the weekend in Crawford, Texas, after many failed attempts to contact Great Britain’s Beagle 2 Lander, which was to have touched down on the red planet on Christmas Day.

“Forget rocks, forget soil samples. Remember what I’ve been saying all along. This is about freedom, and democracy,” a feisty George Bush said from his ranch early Sunday afternoon. “If the Martians think they can shoot our spacecraft out of the sky and put the world’s dogs, man’s best friend, in danger at the same time, they need to think again.”

National Security Advisor Condoleeza Rice quickly corrected President Bush. “The President of course realizes that the British craft was unmanned and that Beagle was simply the name of it.”