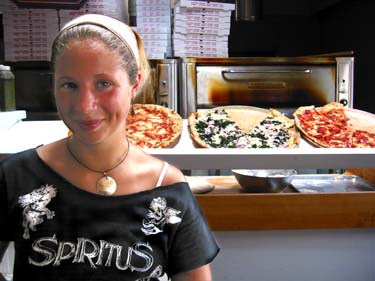 This upcoming week will mark my 12th summer in Ptown. Some of you that visited back in 1992 may remember me as the pool boy at the Boatslip. 😉 This upcoming week is the busiest week in Ptown all summer, and dinner reservations (this is a food post, see?) at the better places can be hard to come by — for dinner I recommend Front Street, Cafe Mews, and the Martin House. Lorraine’s is great if you happen to be looking for Mexican on Cape Cod. If you’re looking for a traditional New England lobster go to the Lobster Pot, but be prepared to run into the Peter Pan Bus Tour from the old folks home in Worcester that just let off there. Some of this year’s new restaurants are listed here, and elsewhere on the site you can read about the old standbys. Bon Appetit.