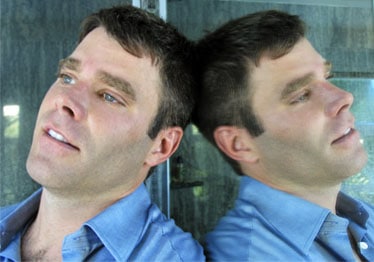 My good friend Chip (you may remember him as one half of the “married” duo that won The Amazing Race last year) has been on the floor at the Democratic Convention. Despite the fact that he’s no longer with his partner he’s still a strong advocate for legalizing gay marriage and has been contributing his efforts to that and many other important causes like The Mathew Shepard Foundation. He’s also hosting a big Kerry/Edwards fundraiser this weekend in Miami Beach. Chip caught a lot of flak last year I think for being labeled as “married” on the show, though I think in light of the groundswell of activity on the issue this year that label, legal or not, can only be seen as prescient.

“While you would think it just a celebration by those who generally embrace a socially-minded agenda Bill O’Reilly is here, all six foot five of him. I met him outside the Four Seasons and asked one simple question: ‘So, are you excited to be here?’ and he said ‘More interested.’ I thanked him for being here in Boston and said ‘Bill, I am gay, was married, and would appreciate you maybe next time on your show recognizing that two same-sex people in love should share the same rights as any other couple.’ He said, ‘I will consider it.'”