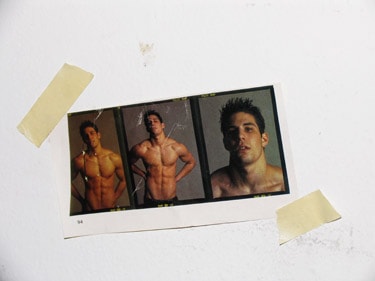 Several people have asked me about the series of photos of the guy in the banner at the top of the site. That’s actually a photo of a part of a page ripped out of a magazine that I had taped on a wall somewhere. The original photo is by Christopher Makos. I wanted to throw that scrap of paper away so I took a picture of it just in case I ever wanted to see him again. Turns out, I did.

By the way, Makos has been doing some wicked work with surfboards lately. Gnarly stuff.