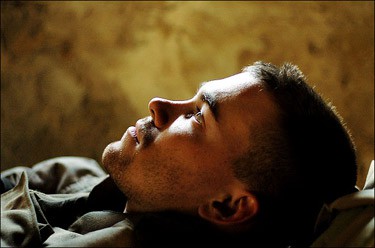 The NYT publishes a couple of extraordinary photo portfolios (here and here) on the war in Iraq featuring photos by Ashley Gilbertson (above) and others. Michael Bierut makes an interesting point in Design Observer about the combat related photos and their resemblance to video game images. “In a faraway place, real people are brutally dying…How strange that we’ve reached a point where reality reminds us of the simulation, rather than the other way around.”