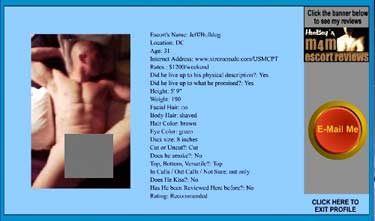 “Ultimately, it is the hypocrisy that is such a challenge to grasp in this story. This is the same White House that ran for office on a constitutional amendment to ban gay marriage. While they are surrounded by gay hookers? While they use a gay hooker to write articles for their gay hating political base? While they use a gay hooker to destroy a political enemy? Not to mention the hypocrisy of a “reporter” who chooses to publish article after article defending the ant-gay religious-right point of view on gay civil rights issue.

Who in the White House is at the center of all of this? Who allowed this to go on in the People’s House? Who committed the crime of exposing Valerie Plame? Jeff Gannon has the answers to these questions, and boy we know he loves to talk.”