In Bucharest, Romania today, approximately 500 people took part in that country’s first gay pride march. Taunted by skinheads and passers-by who booed and held up crucifixes and signs saying “Get out of Romania” and “Homosexuality is a Sin,” the marchers, many of whom wore drag, were met with hostility and protected by a cadre of 200 police officers. 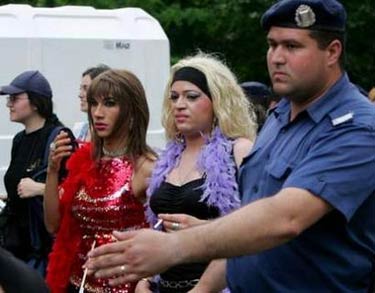 Marcher: “We want to show people that we exist and that we are not afraid.” 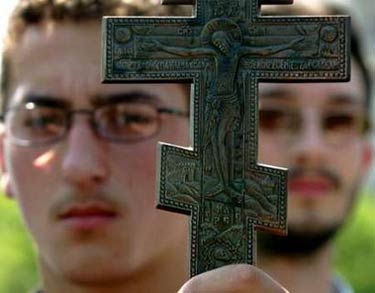 Romania decrimialized homosexuality in 2001 as part of reforms intended to facilitate their entry into the European Union. President Traian Basescu allowed the march, saying that banning it would set the country back 20 years, referring to its liberation from the Soviets in 1989. Florin Buhuceanu, a gay rights group leader there said, “We are very happy with our first historic march, which has allowed us to show ourselves to the world in broad daylight.”

Romanian gays booed as they march through capital [reuters]