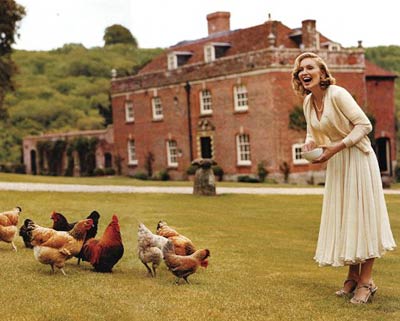 Just Jared has the Madonna August Vogue shots, taken at her English country estate. Madonna recently confirmed that her album, due in November, will be titled Confessions on a Dance Floor and not Defying Gravity, as previously reported.

Rumors also come from Madonnalicious that she has contacted Basement Jaxx, Jacknife, Superchumbo, Rauhofer, Jan Driver and Fierce & Coppola, about remixing the first single, due in September or October.