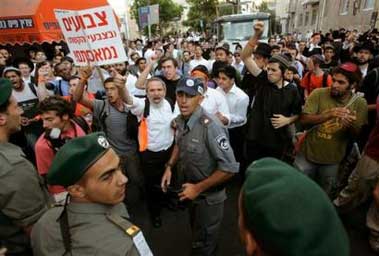 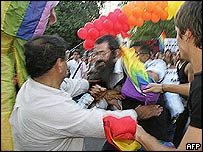 Differing reports say that either two or three people have been stabbed at Jerusalem’s Gay Pride parade by an ultra-Orthodox Jewish protester.

Dozens of protesters did their best to impede the parade by setting stink bombs and shouting verbal slurs. The parade went on. Participant: “It took many years for Jerusalem to have the Gay Pride parade, but once it happens, it makes no difference if the ultra-Orthodox come here and try to stop it.”