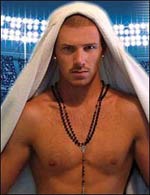 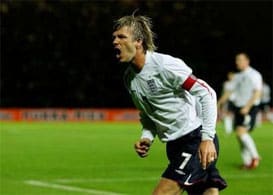 I know you’ve all been wondering why a scene featuring a David Beckham lookalike was dropped from Rob Schneider’s Deuce Bigalow: European Gigolo. Well, now we know. Apparently, Schneider thought the scene too homophobic:

“It broke my heart to cut it – it was in a man-whore whorehouse. Saddam Hussein was there, Fidel Castro and David Beckham – I wish we had kept that scene, it was so funny. Becks’ lookalike is just like him but maybe a little skinnier – and a better actor!”