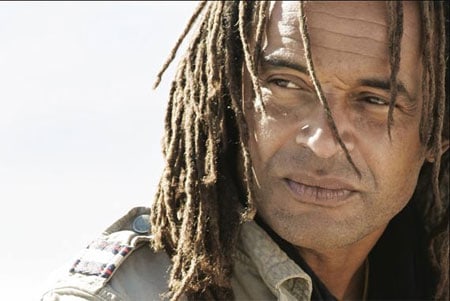 Former tennis star turned pop musician Yannick Noah has been "outed" in the anti-gay witch hunt going on in Cameroon. Noah is best known in tennis for winning the men's singles title at the 1983 French Open. More than 50 high-profile figures in that country have been named as homosexual.

"Most of those 'outed' vehemently deny the allegations, which they say are based on rumours spread by enemies. The wave of homophobic articles has created an unprecedented boon for the tabloid press, which is running headlines such as 'The queers are among us'."

The Cameroon paper La Météo first published the list of suspected gays, which inspired a huge run on its papers. Two other papers, Nouvelle Afrique and L’Anecdote, quickly followed suit.

“It has been a long time since our circulation exceeded 5,000,” François Bikoro, the Editor of L’Anecdote, said. “Since we began dealing with homosexuality, it has gone up to more than 20,000.”

Homosexuality in Cameroon is punishable by up to five years in prison.