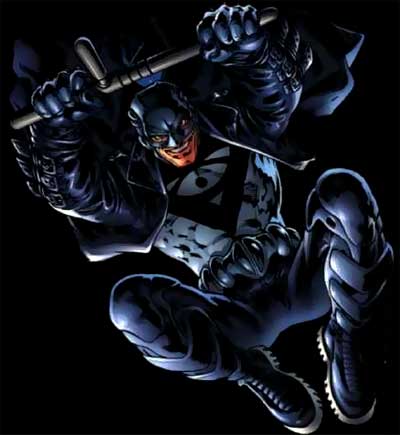 One of the comic industry’s few gay superheroes, whose similarities to the Caped Crusader cause some to label him the “gay Batman”, is to get his own series at DC or Marvel.

Writer Garth Ennis: “I always thought Batman was the gay Batman, but there you go. I think the Midnighter is very much his own man; his sexuality is just one part of that. Never mind the fact that he doesn’t kill people, would Batman do the things we’ve seen the Midnighter do? Batman fights for the status quo, the Midnighter fights to make the world better. Simple as that…His opening monologue touches on his sexuality, but not in the way people might expect. His sexuality is not a complex issue: he likes fucking men. He likes fucking one man in particular – but that doesn’t mean he wants to be around the guy 24/7, hence the solo book. He has no more questions about himself in that regard, so why should we? As for any controversy this may bring, well, if Brokeback Mountain proved anything, it’s this: gay characters piss off all the right people.”

Ennis describes the character as a “killing machine” but one that uses his power for good: “Midnighter has a sense of fairness that leads him to fight for a better world, but his tactics are direct, brutal and merciless.”