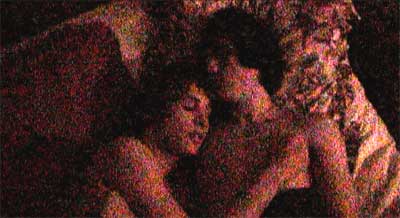 Brandon Flyte, a student at West Linn High School in West Linn, Oregon, was recently expelled for airing a video project he had been assigned in class which includes a same-sex “snuggle” scene. The film, Brokeback High, is a “gay love story” based on themes from Brokeback Mountain, but set in a modern day high school. The shot above was the one that got him expelled.

Flyte writes on his website: “One has to wonder if any of this would’ve happened had the two characters snuggling in my film been male and female. We’re led to believe that diversity is encouraged in schools, but when a 17 year-old straight kid makes a serious gay love story and is expelled for it, it just begs the question of exactly what kind of policy was the administration following? I recall Tim Fields, one of the vice-principals at my school, having to think for at least a minute when asked by the office lady, ‘What should I put down for ‘reason of withdrawal’?’ If the basis of my expulsion is so unclear to them, then surely the circumstances surrounding it are extremely questionable and the grounds on which I was removed are both unfair and unexplainable.”

Wow. To me, Flyte’s punishment seems egregious and blatantly homophobic.

There is a clip of Brokeback High on his website, and an area to leave comments and support. According to Flyte, “West Linn High says they’ll pay for me to finish up my last 2 months of high school at Clackamas Community College, and I’ll be able to walk with my high school class at graduation and attend Prom as a guest.”

Shame on West Linn High School and kudos to Brandon for having the courage to make and air his video. There’s some obvious talent there. Perhaps The Point Foundation can help Brandon out in his future academic endeavors. On the other hand, perhaps Flyte could sue the school district as some high school students in California are doing. 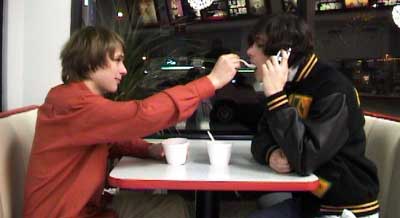