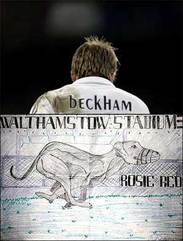 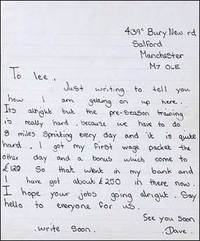 Folks can’t seem to get enough of David Beckham. Two letters and a drawing done by the footballer have sold for £1,058 at auction. They were written when he was 16, and sold Monday to an anonymous buyer. They show no interest in skin care but do show an interest in girls. Becks wages at the time were £120. According to the BBC, he earns approximately £100,000 a week at Real Madrid now, while other reports which include his revenue from sponsorships peg him at $83,000 a day.