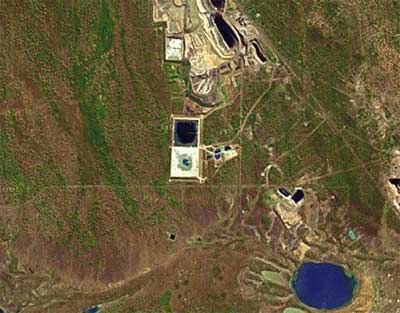 Is this a surprise meant to coincide with Apple’s 30th anniversary next month? We’ll know soon enough. This 220-acre monstrosity has been built on the site of an abandoned mine in a remote part of western Australia.

According to Gizmodo, this is the story behind the massive ad: “When Apple CEO Steve Jobs won an abandoned mineral mine in western Australia in a poker game from late Australian publishing and gaming tycoon Kerry Packer, he reportedly asked that the first advertisement capable of being seen from space be created there.”

See it on Google Maps.