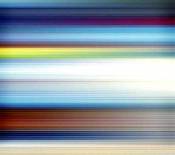 Electronic music fans and bedroom DJs, listen up. Brian Eno and David Byrne have just begun offering access to the multitracks on two of the songs from their seminal 1981 collaboration My Life in the Bush of Ghosts. You are free to download, remix, and alter the tracks as much as you’d like. The album has been remastered and is being re-released with seven previously unreleased tracks.

It is still missing one track, however, “Qu’ran”, which had been removed from later releases of the album because Islamic groups were complaining about the reading of the Koran within the song. One blogger, however, has chosen to let the song fly free.
(via boingboing)