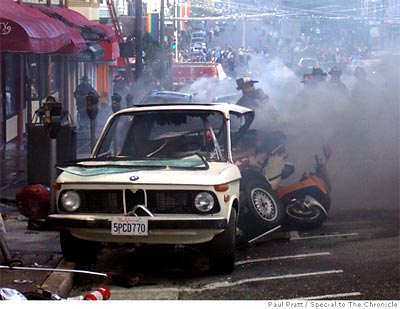 A tragic night in San Francisco’s gay neighborhood. Unfortunately, there was one fatality in a car accident that left eight vehicles charred outside the Castro Theatre and Cliff’s Variety on Thursday night. Fortunately, there were not a lot of pedestrians on this normally crowded street at the time. The driver of the BMW died at the scene after a homeless man pulled him from the wreckage and a firefighter attempted to revive him. 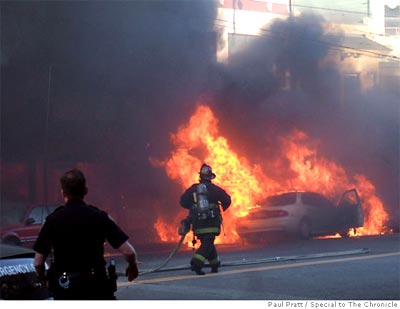