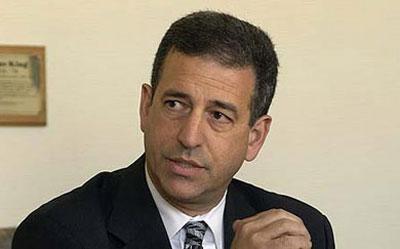 Russ Feingold, a Democratic Senator from Wisconsin and potential Presidential candidate, has set himself apart from the pack by saying what many other top Democrats believe but won’t say for fear it might hurt them politically, speaking out on Tuesday against an amendment that would ban gay marriage and civil unions in that state:

“I will be voting against the harsh amendment that’s been proposed in Wisconsin, and I thought it was an appropriate occasion to indicate my feeling that if two people care enough about each other to get married, that it probably is a positive thing for society. Gay and lesbian people in our country are fighting a mean-spirited movement to harm them and to discriminate against them. I stand with them against that movement, and I’m proud to stand with them.”