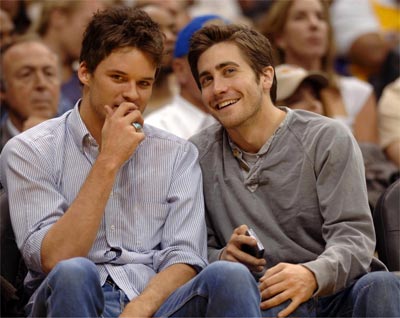 You may have seen this series of photos of Jake Gyllenhaal and Austin Nichols at a Lakers game that surfaced a while ago and led to rampant speculation on the nature of their relationship. Well, the Brokeback-fueled hysteria has finally culminated in a statement from Jake’s rep:

“Gay fans of Jake Gyllenhaal are determined to claim the “Brokeback Mountain” star as their own. Blogosphere gossips have been claiming that Gyllenhaal was ready to admit he was having trouble quitting actor Austin Nichols, whom he has known since high school. But sorry, guys, there won’t be any coming-out party. Even though Jake is now split with Kirsten Dunst and Nichols broke off his engagement to Claire Oswalt, Gyllenhaal’s rep says he and Nichols are just friends.”

Nothing like a good denial to keep the ball rolling. 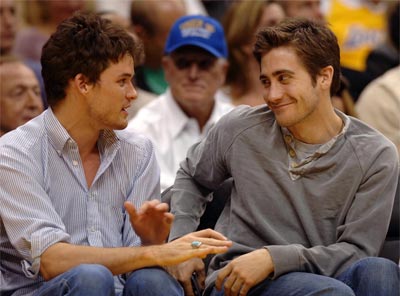