The Bingham Cup (named for passenger Mark Bingham who lost his life on United 93 on 9/11), its 1,000 beefy gay rugby players, the matches, and the parties, are coming to New York City this weekend.

There is sure to be a lot of thigh in the city this Memorial Day.

And just because one can never see this classic shot too many times, members of the Melbourne Storm taking a break… 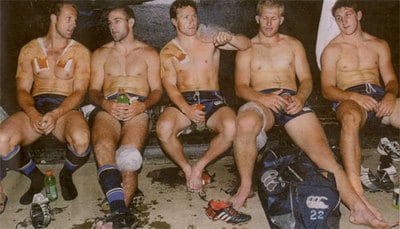