In case you missed last night’s David Blaine stunt, he missed beating the breath-holding record by two minutes (cue debbie-downer music), but you can watch this short strip and get the gist of it. 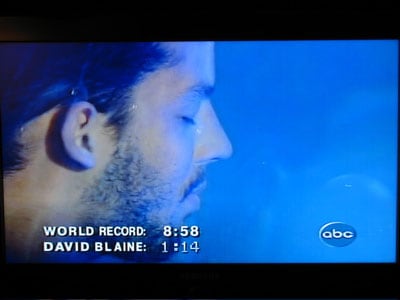 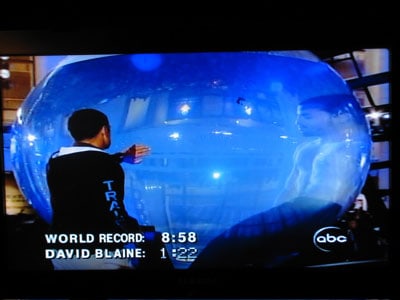 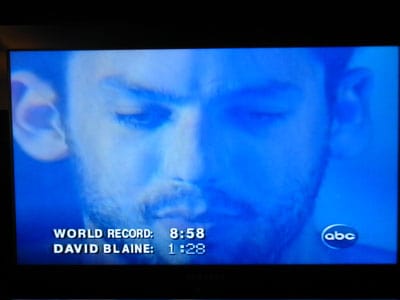 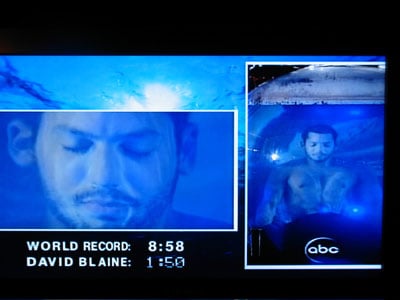 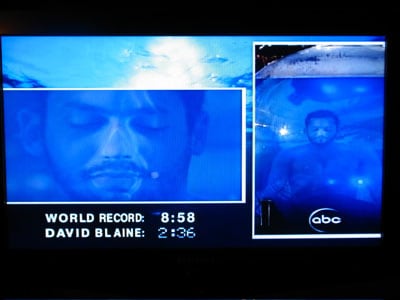 Okay, here’s where he starts to go a little cross-eyed… 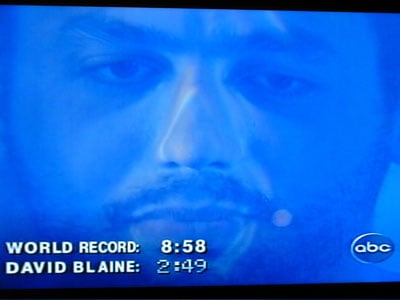 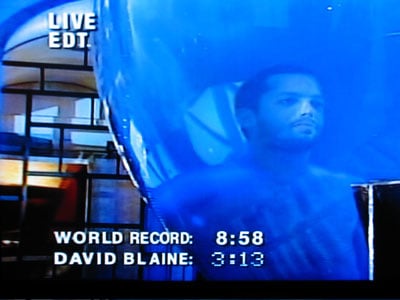 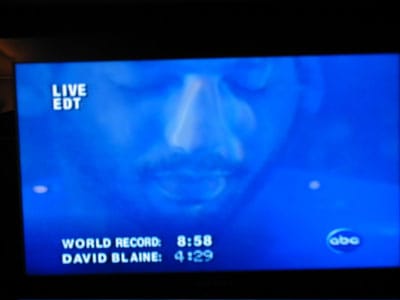 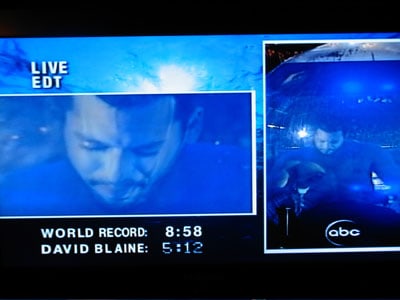 It’s unclear whether the pain we see here is from the lack of oxygen or from the throngs outside who had nothing better to do tonight and won’t shut their pieholes. 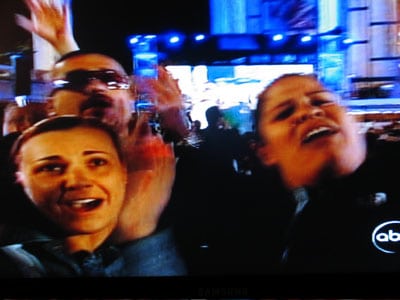 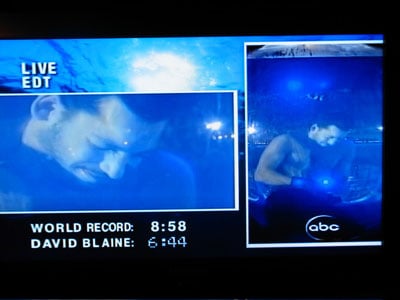 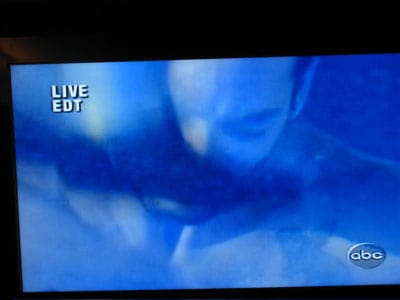 Finally, he’s out: “I am humbled so much by the support of everyone from New York City and from all over the world. Thank you so much, everybody . . . I love you all.” 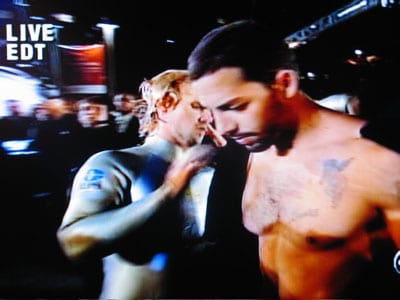 Another day, another bizarre chapter in street art ends in New York City.

If that wasn’t enough, you can watch the whole clip here…