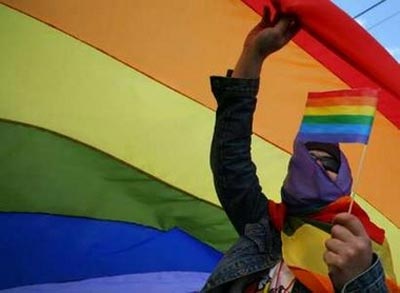 Romania’s second gay pride parade on Saturday evening in Bucharest was met with protests by Orthodox Christians and neo-Nazi nationalists who threw eggs and bottles at the marchers. Last year’s event met with similar reaction. The scene was similar to last week’s violent gay rights march in Moscow.

Dozens of arrests were made this year and witnesses say the number of protestors, who were in the thousands, outnumbered the nearly 500 marchers. 365 Gay reports that “Ten people were injured and more than 50 arrested before police were able to maintain order.”

According to Pink News, “Protesters chanted slogans such as ‘Romania does not need you,’ and called the campaigners ‘an outrage to morality and to the family.'” 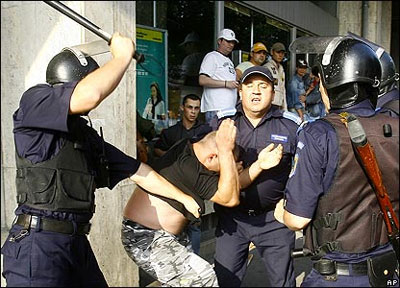 Romanian marchers were joined by contingents from Serbia, Spain, and Britain, the AP reports: “Correspondents point out that homosexuality is legal in Romania but the public largely accepts the majority Orthodox Christian Church’s view that it is a sin.” 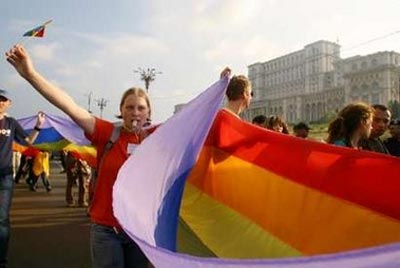