A woman who knows a thing or two about armor wants it for the troops.

Ralph Paul Gernhardt, who founded Gay Chicago magazine in 1976, has died at 72. Associate Publisher: “He was willing to stick his neck out during a time when most publications wouldn’t have the guts to put ‘gay’ in the publication’s name.”

Vatican calls gay marriage a sign of the eclipse of God: “The causes are diverse but the ‘eclipse’ of God, creator of man, is at the root of the profound current crisis concerning the truth about man, about human procreation and the family.” 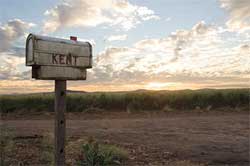 This month’s Details (Josh Holloway, cover) features an interview with director Bryan Singer and offers up some stills and script pages from Superman Returns.

If you’re in the mood to watch spoiled supermodels act out, The Janice Dickinson Modeling Agency starts tonight.

What happens when you combine 200 liters of Diet Coke and more than 500 Mentos?

New Scissor Sisters album, Ta-Dah, will drop on September 18 with first single “I Don’t Feel Like Dancin'” set for September 4. Jake Shears: “I’m completely excited. I feel like I’ve birthed a baby! That would be the closest thing, it was very weird and painful but I think my baby is really cute! The old rock cliché is very true, it’s harder doing a second album, but that’s why we took our time with it. I’m really glad we did. I think when a record comes out people remember it if it’s good, they don’t necessarily remember that it came out four months after it should have.” (via newnownext)