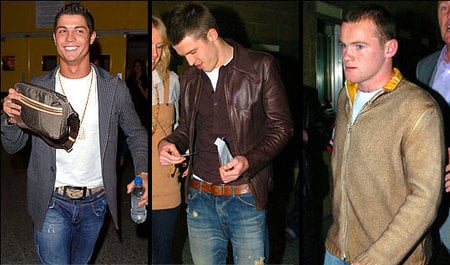 Rooney, no stranger to lucrative deals, recently became the highest-paid player in British football history after signing a contract that will earn him £35million in salary over six years along with numerous endorsement deals. That should pay for a lot of Christina CDs.

And if Ronaldo’s not earning £££ for the manbag endorsement, he should be.