California legislature reintroduces gay marriage bill: “Assemblyman Mark Leno, D-San Francisco, reintroduced legislation that would allow gay couples to marry in the state of California. And Sen. Carole Migden, D-San Francisco, introduced a bill that would let unmarried, heterosexual couples register as domestic partners. Leno said he hoped the Republican Gov. Arnold Schwarzenegger, who vetoed a nearly identical gay marriage bill in 2005, would change his position on the new bill. Schwarzenegger has said it is up to voters or the courts, not lawmakers, to settle the contentious issue of gay marriage.” 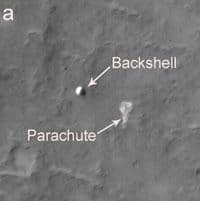 Mars Reconnaissance Orbiter spots artifacts of missions past on Mars: “The new series of pictures released late on Monday show both of the Viking landers, never spotted from orbit before, as well as their nearby heat shields and backshells. These are the top and bottom of the capsules in which the passed through the Martian atmosphere to land.”

Gay men outnumber lesbians in UK civil partnerships: “In England, 62 per cent of the couples were men, compared with 57 per cent in Scotland, 56 per cent in Northern Ireland and 51 per cent in Wales. And in London there were nearly three times as many male partnerships as female ones.” 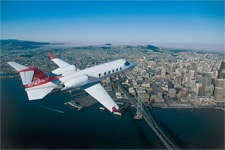 Eating on the fly: Jet off to a far-flung restaurant for a cool $30K. (via intelligencer)

Donald Rumsfeld issues “cover-your-ass” memo in attempt to preserve legacy. WaPo reporter Milbank: “I don’t think we’re giving Don Rumsfeld enough credit for this. This is a classic. This is headed for the hall of fame of cover-your-ass memo writing in Washington, when we’ve already had a lot of those. Of course there’s a discrepancy between what the Secretary of Defense was saying and what the President was saying. But look at what he’s done here, is he’s listed every conceivable option so that he can now, and for future historians, say whatever the outcome in iraq, ‘Well I recommended we go in that direction.’ Because he has recommended increasing troops, decreasing troops, staying the same, adding trainers, just about every possible permutation.”