After considering evidence that Jorge Soto Vega “was beaten by police with a ‘metal baton or flashlight’ and then robbed, called ‘anti-gay slurs’ and told that he would be killed if he was ever seen again” while living in Guadalajara, a U.S. immigration judge has granted Soto Vega asylum. He has been living in the U.S. since being smuggled into the country in 1988, according to the L.A. Times. 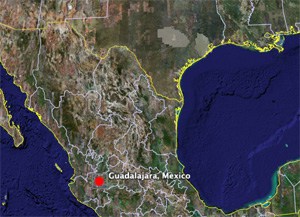 Soto Vega had applied for asylum once before, in 2003, but was turned down by judge John D. Taylor “who said he could return to Mexico since ‘it would not be obvious that he was homosexual unless he made it obvious himself.'”

Jon W. Davidson, legal director at Lambda Legal, told the LAT that at the hearing on Tuesday, which was once again held in front of judge Taylor, “the judge agreed that a person should not have to conceal his or her sexual orientation in order to be free from persecution.”

Davidson told the Associated Press: “It seemed to us this is a real double standard. Courts don’t deny asylum to someone based on their political beliefs by saying, ‘If you just didn’t tell other people what you believed, you would be fine.'”

Said Soto Vega following the decision: “It’s been a long, long wait to get to this point where I feel today, secure and happy.”