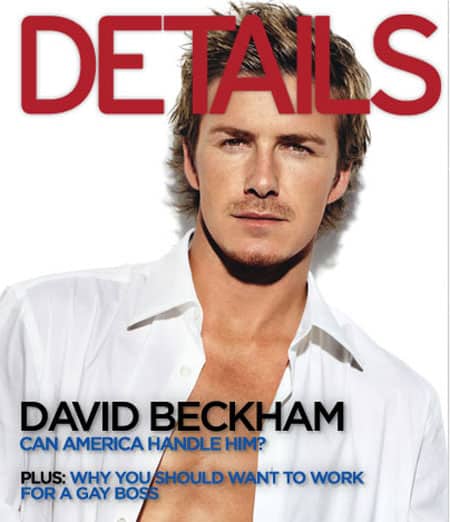 Given the teases on their splash page (above), Details is evidently still aware of their audience.

Which leads us to the third question, what if that boss were David Beckham?

So what conclusion does the article reach regarding the secret to the Beckhams’ success?:

“They know when to shut up. As do many men of great physical beauty, Becks has the luxury of underplaying his hand—the less said, the more room for the imagination. But he is also aware, as was Princess Diana, that we live in an image culture, not a word culture. Why say anything when you can strike an assortment of poses in a variety of outfits, silently signifying madly. That is why he is unlikely to come out, for instance, against the Iraq war. Such a traditionally self-important Hollywood gesture would seem presumptuous, and it could chip his carefully varnished brand.” 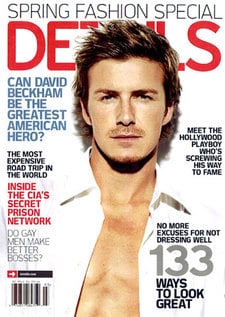 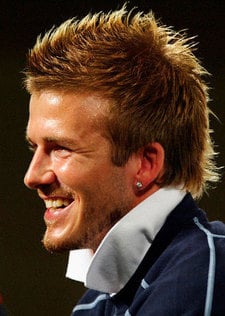 In other news, Becks and Posh may be looking to purchase Madonna’s Beverly Hills mansion…