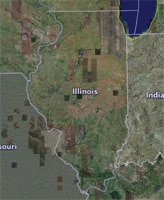 A legislator in Illinois has introduced a bill to legalize same-sex marriage in that state. Rep. Greg Harris (D-Chicago), the bill’s sponsor, said: “It’s the right thing to do.” The “Religious Freedom and Marriage Fairness Act” would substitute the phrase “two persons” for “a man and a woman” in language describing marriage. The language in the bill is attempted to persuade opponents of same-sex marriage on religious grounds that leaders of their faith would not be required to perform marriages. Said Harris: “We wanted to reaffirm in this bill that there is no religion, no church, no temple, no mosque that we are trying to compel to consecrate marriages.” Harris, who is gay, said that in considering the legislation, the term “civil union” was brought up but thrown out because of its separate-but-equal status. 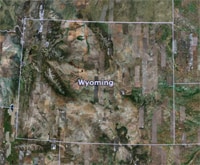 Meanwhile, in Wyoming, a bill that would have banned the state from recognizing same-sex marriages performed elsewhere was killed by the House Rules Committee when committee chairman Roy Cohee cast the tie-breaking vote opposing the measure. Said Cohee: “Is it a responsible thing of government to say that, OK, as a government, we’ll provide certain benefits, and entitlements and rights to the people of this country and of this state, unless you are this or that? Is that our responsibility to do that? I don’t think it is.”