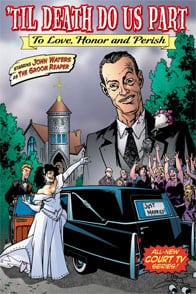 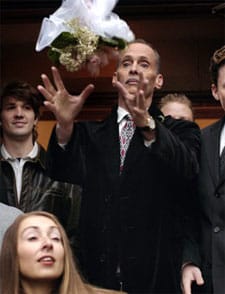 Via Popbytes comes news that John Waters is the “Groom Reaper” in a new series beginning March 19th on Court TV. It’s a half-hour scripted series that Waters will host featuring “stories inspired by true crimes involving married couples whose once wedded bliss ends in murder.”

The series is being marketed via a DC comic based on the first episode. Sounds like the creepiest thing to come out of Court TV since Nancy Grace.