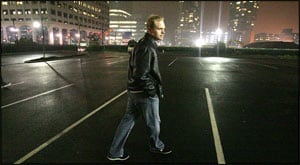 In the wake of Ted Haggard’s announcement that he’s now “completely heterosexual”, the NYT takes a look at the “ex-gay” movement, and just in case you’re interested in attending one of them, lists a bunch of groups around the tri-state area that will help you get back to “gender wholeness”. Or, if you’re interested in throwing some money down a well, you might want to make an appointment with counselor David A. Matheson, who “juggles an active roster of some 50 clients. He charges $240 for a 90-minute session.”

Thankfully, the Times makes a note early on that professionals have reached as solid an agreement on the issue of “ex-gays” as scientists have on global warming. Says Dr. Jack Drescher, a New York psychiatrist and former chairman of the Committee on Gay, Lesbian and Bisexual Issues of the American Psychiatric Association of the attempt by religious organizations to legitimize debate on the movement: “There’s not a debate in the profession on this issue. This is like creationism. You create the impression to the public as if there was a debate in the profession, which there is not.”

Some Tormented by Homosexuality Look to a Controversial Therapy [nyt]