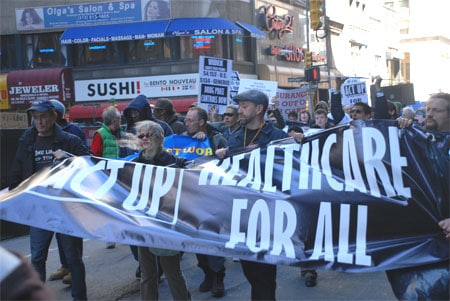 Between blog posts yesterday I slipped down town to Wall Street to check out what was going on at a protest marking the 20th anniversary of ACT UP. Larry Kramer coordinated the event, which sprung out of a speech he gave earlier this month at the Gay & Lesbian Center in New York, and a smaller protest against “Don’t Ask, Don’t Tell” in Times Square.

Five hundred people marched yesterday to call for universal health care. Twenty-seven were arrested. I shot these few photos, but Rex Wockner has more extensive coverage on his blog. And Good As You has posted some video. 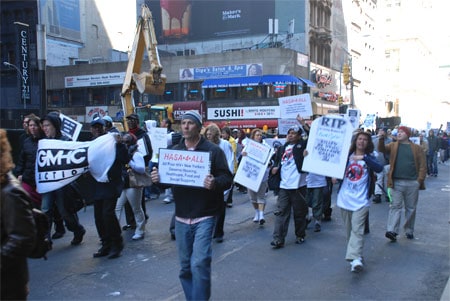