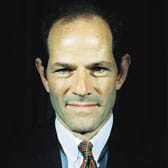 New York Governor Eliot Spitzer will not be marching in this weekend’ St. Patrick’s Day parade, making him the first governor in 12 years not to take part. Earlier this month, it was announced that openly gay New York City Council Speaker Christine Quinn would refuse to march in the parade because of its policy against allowing gays and lesbians to march. Quinn decided she’ll march in Dublin, Ireland instead.

It is being suggested that Spitzer is taking a stand against the policy as well:

“Though a source in the governor’s office refused to say if Spitzer was declining a place in the line of march in support of the continued exclusion of Irish gay groups, it is believed that the governor took this issue into consideration when making his decision not to participate. Spitzer has gone on record as a strong supporter of gay rights. The New York St. Patrick’s Day Parade since 1991 has denied permission to Irish gay and lesbian groups to march under their own banner, and a series of court challenges have failed to remove the ban.”

In addition to his consistent support of gay rights and issues, Spitzer made a promise during his gubernatorial campaign to introduce legislation that would allow gays to marry in New York.

You may have missed…
Spitzer Aide Insists: Gay Marriage Still on the Agenda [tr]
Eliot Spitzer: “We Will Make [Gay Marriage] Law in New York” [tr]