South Carolina wrote discrimination into their constitution Thursday, as lawmakers ratified a constitutional amendment declaring “A marriage between one man and one woman is the only lawful domestic union that shall be valid or recognized in this state.” 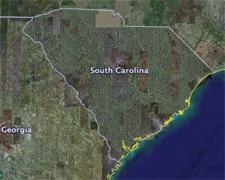 According to the AP, “The state already had a law against same-sex marriages, but proponents said the amendment was needed to prevent judges from opening the door to civil unions, which offer gay couples the legal benefits of marriage but not the title.”

Not that they weren’t ugly in the first place, but it’s interesting how much uglier actions like this begin to look as other states, such as New Hampshire, start opening their doors to civil unions, as is happening more and more often.