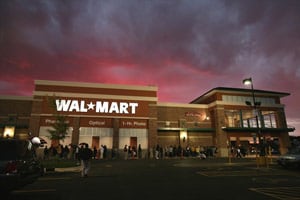 Did Wal-Mart take down a number of technology retailers this past holiday sales season? A new report by BusinessWeek suggests that Wal-Mart’s huge discounts on flat-screen televisions were the undoing of gadget retailers like Circuit City and CompUSA, leading to the shutdown of hundreds of stores across the country and thousands of layoffs.

Democratic Senator Chuck Schumer, who is a part of the Democratic leadership team, posted to DailyKos on Wednesday encouraging readers to help him to select candidates to help win Senate seats in 2008. DailyKos, a political blog that provides liberal political commentary, first invited Schumer to post last November. In his third post to the blog, he invited "netroots" communities to help identify "quality candidates in 21 states – from Oklahoma to Oregon, from Kentucky to New Hampshire – we’re looking for Democrats that can win in 2008."

Courts allowed Vonage to continue accepting new customers despite an ongoing patent dispute brought by Verizon. Vonage has been warning of going bankrupt during the dispute process, and Wired suggests that the entire VOIP industry might be affected by the outcome of the case. 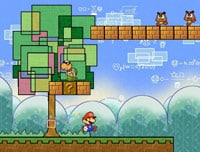 Inspired by Andy Towle himself, gay gossip blogger Trent Vanegas has become addicted to the Nintendo Wii. The game console has proven to be hugely popular with people who normally don’t consider themselves gamers, primarily because of its innovative controls, which allow for a more interactive playing style. Wii finally releases a new title, Super Paper Mario, which puts the iconic character back in a familiar trippy world where he jumps deadly mushrooms and drop-kicks turtle shells. Gay geeks drool over our favorite Italian hero!

Previous Post: « Towleroad Guide to the Tube #121
Next Post: Rearview Mirror: Looking Back at the Week on Towleroad »