Is this the first footage from Star Wars: The Force Awakens trailer rumored to debut next week?

In other "star wars" news, Russia is reportedly developing an "inspector satellite" that could chase down or destroy other orbiting spacecraft.

And if your mind (and ears) are still swarming with all things Interstellar, be sure and check out this behind the scenes video for the sound of the film.

On Thursday and Friday, Silicon Valley's Singularity University was in Amsterdam for Summit Europe. The two day event centered around the concepts and consequences of exponential technologies. Check out SingularityHub's coverage of the event, including the summit's discussions on robots, artificial intelligence, and self-driving cars. 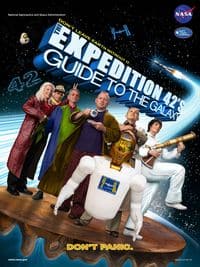 The second phase of Expedition 42 blasted off to the ISS today, carrying commander Anton Shkaplerov of the Russian Federal Space Agency, flight engineer Terry Virts of NASA, and Italian flight engineer Samantha Cristoforetti of the European Space Agency. They will be joining their other three crew members already on the ISS. The crew has also put together a humorous poster mimicking The Hitchhiker's Guide to the Galaxy.

Check out the first image of Arnold Schwarzenegger back in the iconic role of a T-800 robot for next year's Terminator: Genisys.

A video on the future of sex, courtesy of The Verge.

Check out this one of a kind, James Bond-inspired laser watch that pop balloons, light matches, and burn through CD cases all from a distance. Just don't point it at your cat.

Why the internet of things is bigger than anyone realizes.

Researchers at Carnegie Mellon University have an ambitious plan to use Oculus Rift to help complete Google's Lunar Xprize – a $30 million competition to land a privately funded robot on the moon.

Put this one down in the "insane, but heartwarming" category: TGI Friday's in the United Kingdom are set to roll out mistletoe-armed drones inside restaurants to help encourage holiday kissing. 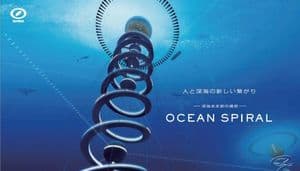 A Japanese construction company has unveiled a blueprint for a spiral ocean city that will be home to some 5,000 people and be ready for residents to move in as early as 2030.

Harvard scientists say it's time to start thinking about engineering the climate.

Midterm surprise: Why the new GOP chair of the House Appropriations Subcommittee for Commerce, Justice, and Science could lead to a planned mission to Jupiter's moon Europa.

A fascinating look at how falling cats taught NASA astronauts about zero gravity back in 1969.