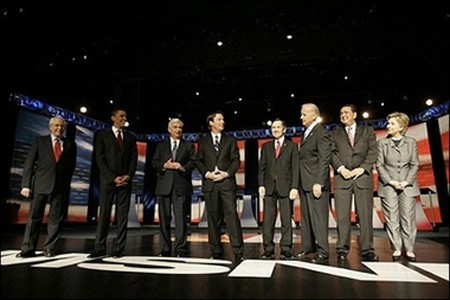 Last night’s Democratic debate was largely unremarkable and absent any fireworks save for plenty of criticism of George W. Bush and the war in Iraq, and a few amusing rants from former Senator Mike Gravel. Gay marriage and civil unions did enter the dialogue near the end of the debate, when Brian Williams tossed out this question to Connecticut Senator Chris Dodd: 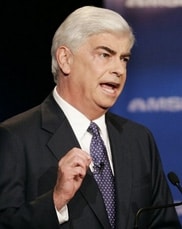 WILLIAMS: Senator Dodd, the state of Connecticut has legalized civil unions for gay people. Tell me, is there a difference between gay marriage and civil unions?

SEN. DODD: Well, I always begin this question, Brian, by asking people to consider what they would do in the case of their own children. I have two very young daughters who one day may have a different sexual orientation than their parents, how would I like them treated as adults? What kind of housing, what kind of homes, what kind of jobs, what kind of retirement would they be allowed to have? I think if you ask yourself that question, you come to the conclusion that I hope most Americans would: that they ought to be able to have those loving relationships sanctioned. I’m proud of the fact that my state has done so. I’m proud of the fact that Governor Lynch in New Hampshire is going to sign legislation which makes that possible. I believe that civil unions are appropriate and proper. I don’t support same-sex marriage. And the distinction there, I think, is one of more what’s available, what the traditions are, and the — over the years. But basically that’s a distinction I make — strongly support those civil unions.”