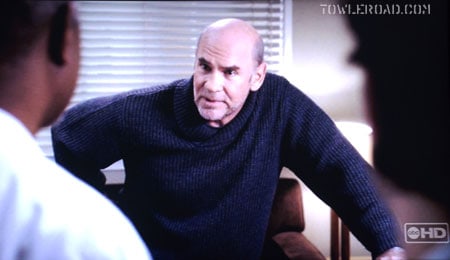 Gay’s Anatomy last night tackled a topic last night that would make most grown men squirm. The chairman of the hospital board came back from the Amazon with an affliction that stumped the doctors, but was later discovered to be the byproduct of an invader — the parasitic Candirú fish that is attracted to urine and swims up your urethra if you happen to pee in the South American river.

Said fish later made an appearance on X-ray and at the operating table.

But what made most eyes bug out was the appearance (in what may be a first for prime time) of their patient’s private parts, bouncing into the top of the frame like some sort of alien mutant. As you can see, staff (including Isaiah Washington) couldn’t take their eyes off it. 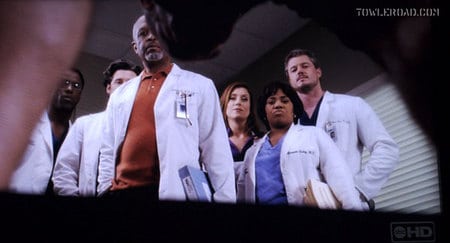