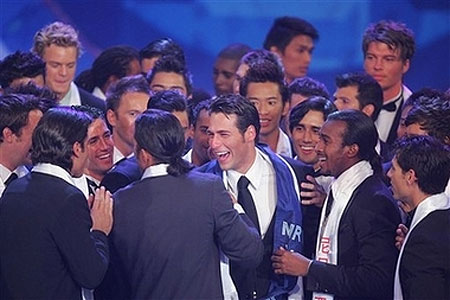 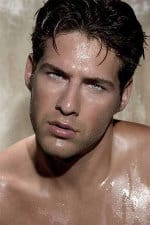 Spanish model/actor Juan Garcia Postigo has been crowned “Mr. World”. The event, held in the city of Sanya on southern China’s Hainan island, is what organizers call the search for the world’s “most desirable” man.

According to the Daily Telegraph, “Men from 56 nations competed in the 21-day event that included tests of style, strength, perseverance, mental agility and determination. Competitors strutted their stuff on the catwalk, climbed mountains, raced bikes and held a cook-off.”

There’s no report on what gave Postigo the edge, but perhaps a hypnotic modely Zoolander-esque glance stunned the judges into submission.

Lucas Gil from Brazil and Jiang Lejun from China, below, were the runners up. 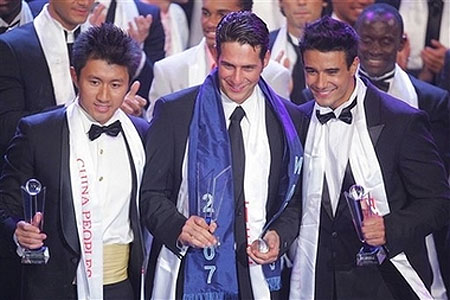 You may have missed…
Mr. Gay International is Crowned in the Desert [tr]
Policeman Crowned Mr. Gay UK [tr]