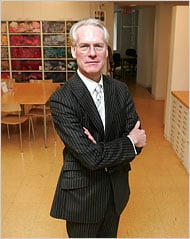 The NYT takes a look at how Project Runway‘s “headmaster of fashion” Tim Gunn came to sit atop the sartorial heap: “He had been an unhappy child, introverted, a stutterer, spending sunny days in his room reading books, practicing the piano, playing with Legos, idolizing mad King Ludwig II, who spent his spare time designing castles. He was the last one chosen during mandatory team sports — a disappointment to his tight-lipped father, George William Gunn, an assistant director of the Federal Bureau of Investigation, who served as the ghostwriter of J. Edgar Hoover. (His mother, Nancy, helped establish the library of the Central Intelligence Agency. His great-grandfather Harry Wardman was a builder of row houses and hotels in Washington.) ‘I was the one they called the horrible slurs that ended up being prophetic,’ Mr. Gunn said. ‘Little did I know.'”

James Franco has a hot Complex. 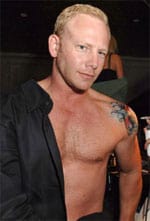 New pastor at Methodist church that rejected gay parishioner welcomes him back: “The Reverend Barry Burkholder, the new leader of South Hill United Methodist Church, told the congregation to accept the unidentified man’s transfer from a Baptist church. The former pastor, the Reverend Edward Johnson, said in 2005 that he could not accept the man as a member because he would neither repent nor seek to change. Johnson has since been appointed pastor at another Virginia church.”

STUDY: Gay men prone to eating disorders than straight men. ” Researchers surveyed 516 New York City residents; 126 were straight men and the rest were gay or bisexual men and women. The results showed that more than 15 percent of gay or bisexual men had at some time suffered anorexia, bulimia or binge-eating disorder, or at least certain symptoms of those disorders — a problem known as a ‘subclinical’ eating disorder. That compared with less than 5 percent of heterosexual men, the researchers report in the International Journal of Eating Disorders.”