Vice President Dick Cheney revealed that his sixth grandchild, the first out-of-wedlock child for lesbians Mary Cheney and Heather Poe, will be a boy. He broke the news to ABC News Radio, the Washington Post column Reliable Source reported today. 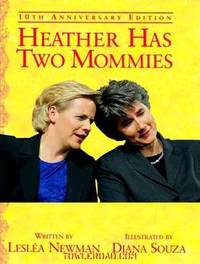 Said Cheney: “I’m delighted I’m about to be a grandparent for the sixth time. I’m looking forward to the arrival of a new grandson.”

When asked about the same-sex family’s legal standing, Cheney said: “I think each state ought to have the capacity to decide how they want to handle those issues…And I obviously think it’s important for us as a society to be tolerant and respectful of whatever arrangements people enter into.”

Mary Cheney spoke about the child in February at Barnard College. She said: “When Heather and I decided to have a baby, I knew it wasn’t going to be the most popular decision. [points to womb] This is a baby. This is a blessing from God. It is not a political statement. It is not a prop to be used in a debate, on either side of a political issue. It is my child.”

The baby is due next month.