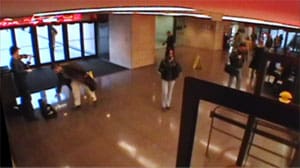 The Washington Post conducted a fascinating experiment in mid-January. They placed world-renowned violinist Joshua Bell at the entrance to the L’Enfant Plaza Station in Washington, DC to conduct a little experiment. Would hearing a world-class violinist inspire commuters to stop and look up from their morning rush, or would they soldier on, ignorant of the Grammy-winning musician who has played with nearly all of the world’s major orchestras? The results were an exercise in music appreciation and context: 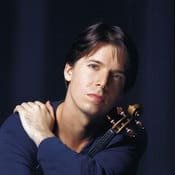 “In the three-quarters of an hour that Joshua Bell played, seven people stopped what they were doing to hang around and take in the performance, at least for a minute. Twenty-seven gave money, most of them on the run — for a total of $32 and change. That leaves the 1,070 people who hurried by, oblivious, many only three feet away, few even turning to look.”

Stacy Furukawa, a demographer at the Commerce Department, was the only commuter to recognize Bell.

Said Furukawa: “It was the most astonishing thing I’ve ever seen in Washington. Joshua Bell was standing there playing at rush hour, and people were not stopping, and not even looking, and some were flipping quarters at him! Quarters! I wouldn’t do that to anybody. I was thinking, Omigosh, what kind of a city do I live in that this could happen?”