Saying there was no evidence that the club would not “dedicate itself to the purposes, such as tolerance, that it has outlined without involving obscene or explicit sexual material,” a federal judge ordered Okeechobee High School to allow a gay-straight alliance there to continue holding meetings while a lawsuit, filed by the ACLU, is ongoing. 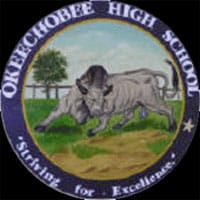 The school had claimed, according to the NYT, that the club was “‘sex-based’ and violated the school’s abstinence-only education policy.”

The ACLU’s lead attorney in the case, Rob Rosenwald, who is representing the gay-straight alliance’s president Yasmin Gonzalez, said, “This decision sends a clear message to other schools that they face a similar fate in federal court if they choose to discriminate by deliberately misrepresenting GSAs as something they’re not. Violence and harassment against gay students is a rampant problem in Florida.”

The attorney for the Okeechobee County School Board said he thought the board would be satisfied, given the judge’s determination of the club’s purpose: “It appears that the judge will hold club members to the limitations they presented in court that they will not discuss sex or promote sexual acts in school. I think the concern that club members would discuss sexual activity in school will be alleviated by this order.”

Gay-straight alliances are formed to promote tolerance, however, they are often the target of bigoted and ignorant parents and school board members who eitehr don’t understand their mission, or choose not to accept it.