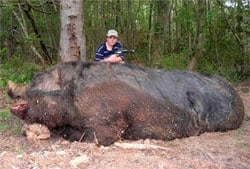 Is David Beckham getting cold feet about his move to L.A.?

Pet Shop Boys criticize Live Earth concerts, celebrity activists: “The Princess Diana concert is fair enough, but I feel more uneasy about the Al Gore thing. I’ve always been against the idea of rock stars lecturing people as if they know something the rest of us don’t – it looks arrogant. It’s not as if they have a private source of information. To state the obvious as if you are the only person that knows it is intellectually weak. Bono uses his celebrity but in doing so he increases his celebrity. I’ve never even totally convinced that the rest of U2 feel comfortable with that.”

A day in the life of an Apple Genius.

Gay rights foes in Oregon begin signature campaign to repeal recently passed domestic partnership laws: “The social conservatives see it as a resumption of a battle that began in the November 2004 election, when Oregon voters adopted a constitutional ban on gay marriage. Others, however, say the issues are different this time around, and that public attitudes about gays and lesbians are shifting.”

Details: Who says all gay men are stylish? “Gay men, unlike supermodels and rock stars, have no more knack for looking good in pretty much anything than the rest of us. And while there might be (just barely) fewer gay rumors circulating about the painstakingly groomed, French-cuffed Ryan Seacrest than there are about the black-T-shirt-clad Simon Cowell, it’s hardly risky for a straight man to demonstrate an appreciation for fashion these days. The Stylish Gay Man’s days may be numbered. And when he dies, the playing field will be leveled. Entertainment-show hosts and best-dressed-list compilers will stop treating straight men who simply combed their hair and put on a well-cut suit as if they were paraplegics who just completed an Ironman. And the average gay man, saddled with unrealistic expectations for his personal presentation, will breathe a sigh of relief.” 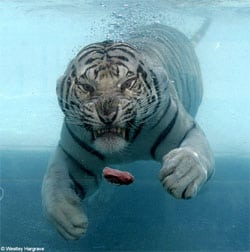 The cat who likes water.

Hugh Jackman can’t keep his shirt on in Australia.

Big Brother Australia criticized for refusing to tell contestant about father’s death: “Contestant Emma’s father Raymond Cornell died last week and his funeral was held on Monday in Adelaide, but the 24-year-old is still unaware of his death. ‘Will they break the news to her on air, for ratings?’ World Vision chief Tim Costello said. ‘This is patent ethical irresponsibility . . . she’s only got one father and she’ll suffer guilt and possibly resentment for the rest of her life.’ Producers of Big Brother have refused to move from their position, stating that “it was the wish of the family” that Mr Cornell’s death be kept from Emma.”