Stevenpaul Richey, a 51-year-old Missoula, Montana man who was assaulted by two 20-year-old men in his apartment on May 8, says the attack was homophobic, reports the Missoulian. 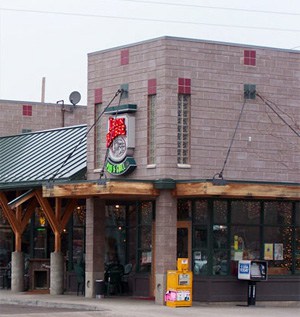 Michael Daniel Lemay and Christopher Lance Newrider are being held at the Missoula County Jail on $100,000 bond. According to the paper, “they’re accused of binding Richey’s hands and ankles together with rope, then punching and kicking the man, shattering bones in his face, breaking two ribs and puncturing a lung.”

“Richey said he met his alleged attackers downtown at the Iron Horse in the late-night hours of May 7. Around 1 a.m. the trio left the bar, bought some beer at a store and headed to Richey’s nearby apartment for more drinks and to play music. ‘I just thought they were all-right guys who were looking to hang out and have a drink,’ Richey said. But once inside Richey’s apartment, one of the men stated that he “didn’t like faggots,” Richey said, while the other hit him suddenly from behind…

…’They attacked me before I ever saw it coming,’ he said. ‘Then they left me for dead. They just looked at me like a faggot.’ Richey said the men took his cell phone and a small amount of cash from his home, but left other valuable items, like musical instruments and electronic equipment. One of the alleged assailants, Newrider, had recently escaped from a prerelease center and had a warrant out for his arrest. And while Richey suspects the men saw in him an easy target and a way to get some quick cash, he’s convinced they attacked him because of his sexual orientation. ‘They knew I was gay,’ he said. ‘It’s just not something I hide. But they didn’t let on to their homophobia until after we’d gotten back to my place.'”

Hospital staff says Richey would have died had a friend not discovered the victim. Said Richey: “They spent the first two days just trying to keep me alive. My head was so swollen I couldn’t get my glasses on.”