Which one of these men is named Tim and which is named Bob? Researchers at Miami University have “shown quantitatively that certain names are associated with certain facial features.” So when somebody says, “You look like a (insert name here)” they may be right.

T.R. Knight to appear at Billy Eichner’s Creation Nation in NYC tomorrow night. I had the opportunity to see this “live talk show” in January when Joan Rivers was the guest. It’s a lot of fun and definitely recommended. Official Site. 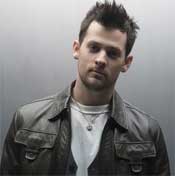 Arjan chats with Good Charlotte singer Joel Madden who reveals his man-crush to be…Johnny Depp: “I support equality for all people. To me people are people and we really should live and let live. What others want to do with their life doesn’t affect me so people should have the freedom to do that. I really think we’re making progress. There would be less problems and hate in the world, if people stop thinking about others and just worry about themselves.”

Ted Haggard in Alexandra Pelosi doc Friends of God: “You know all the surveys say that evangelicals have the best sex life of any other group.” Pelosi: “Because Pastor Ted was my tour guide, he was so good to me. He took me under his wing. Most people think of evangelicals as being these holy roller, Jesus freaks, and Ted wasn’t like that,” she said. “It was interesting for me to say, these are good people. He was a reasonable, normal everyday man. So, it was hard to stomach what had happened.” 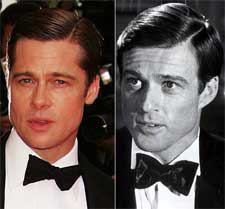 Ricky Martin plops down $8 million for a Miami recording studio.

SALON: Why Bush hasn’t been impeached. “The truth is that Bush’s high crimes and misdemeanors, far from being too small, are too great. What has saved Bush is the fact that his lies were, literally, a matter of life and death. They were about war. And they were sanctified by 9/11. Bush tapped into a deep American strain of fearful, reflexive bellicosity, which Congress and the media went along with for a long time and which has remained largely unexamined to this day. Congress, the media and most of the American people have yet to turn decisively against Bush because to do so would be to turn against some part of themselves. This doesn’t mean we support Bush, simply that at some dim, half-conscious level we’re too confused — not least by our own complicity — to work up the cold, final anger we’d need to go through impeachment. We haven’t done the necessary work to separate ourselves from our abusive spouse. We need therapy — not to save this disastrous marriage, but to end it.”