Mayor of Lithuania’s capital Vilnius, has backed bus drivers who refused to drive buses emblazoned with gay tolerance advertisements. Said Mayor Juozas Imbrasas: “We tolerate people of any kind of sexual orientation, nevertheless with priority for traditional family and seeking to promote the family values, we disapprove the public display of homosexualists’ ideas in the city of Vilnius.” 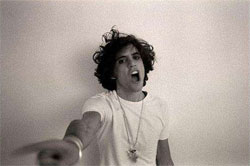 Mika bemoans price of fame: “It’s sad but I just don’t have a private life anymore. I have to focus on my music and I have absolutely no time for anything else.”

Human Rights Watch calls on Iran to end home raids and mass detentions intended to “counter immoral behavior”: “In Iran, the walls of homes are transparent and the halls of justice are opaque. This ‘morality’ campaign shows how fragile respect for privacy and personal dignity is in Iran today.”

Barney Frank tired of people asking him about his sling. Memo: “I appreciate the concern expressed by many about why my arm is in a sling. In order to avoid having to repeat the same conversation, I am sending out this Dear Colleague. I ruptured a tendon in my left arm using a curling machine in a gym, and I had it surgically repaired yesterday at Bethesda Naval Hospital. I’ll be using the sling for a week or two, but I feel fine. Thanks for not asking.”

Men’s Health is all about great abs but all McSteamy serves up some good face to go with them.

Iraq off the table for Prince Harry: “He is a magnet for jihadists.” 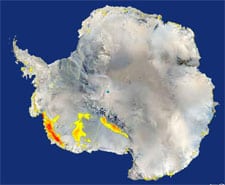 Antarctica sees ice melt the size of California…in a single month: “Satellite data collected by the scientists between July 1999 and July 2005 showed clear signs that melting had occurred in multiple distinct regions, including far inland and at high latitudes and elevations, where melt had been considered unlikely…Evidence of melting was found up to 560 miles inland from the open ocean, farther than 85 degrees south (about 310 miles from the South Pole) and higher than 6,600 feet above sea level.” 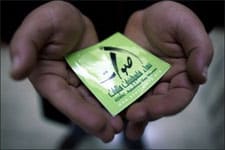 Lesbian Arabs unite to break down taboos: ‘We are Palestinian, we are women, we are gay’.

North Carolina lawmakers argue over whether gays should be included on a list of potential ‘bully targets’ in schools: “Disagreement focuses on its description of bullying as including acts that are motivated by bias against “any actual or perceived characteristic” of a victim from a list that includes race, gender, disability and sexual orientation. The bill doesn’t try to grant special protection to homosexual students – it simply states the fact that they are among the potential victims that school administrators should keep an eye on, said Rep. Rick Glazier, the sponsor. ‘Special attention has got to be given to those who suffer the most bullying,’ Glazier, D-Cumberland, explained. ‘We cannot protect them by pretending that differences don’t exist, aren’t perceived to exist.'”