As far as viral videos go, Will Ferrell’s latest clip The Landlord is a blockbuster — it has been making the rounds for several weeks now. While we all hope never to encounter the angry knock of a "just buzzed" Pearl, the clip also marks the entrance of a new video site that focuses on comedy. Founded in part by Ferrell himself, Funny or Die features clips from professional and amateur comedy performers, and asks users to rate videos up to a status of "immortal," or down to "the crypt." The site’s "Top Favorites" amount to hours of comedy sketches that the likes of YouTube, and for that matter SNL, will never know.

MTV talks to two young bloggers working for the Romney and Obama campaigns on how 2008 will truly be the "first Web 2.0 election." 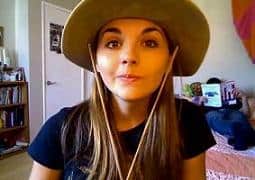 YouTube has announced that it will reward some of its most popular video creators by elevating them to the status of "Partners," usually reserved for professional companies such as NBC, CBS, BBC, and others. As a partner, these hand-picked YouTubers will be paid a portion of the ad revenue their pages generate. This Google-inspired move is smart on the part of YouTube, considering that some of these power-producers, such as lonelygirl15, have racked up audiences that are double that of professional brand name channels like CBS, despite having uploaded only a fraction of the number of videos.

An unusual new planet has just been discovered in the constellation Hercules. Slightly larger than our largest planet, Jupiter, it is much denser than any planet known and has a much stronger gravitational pull than earth — 15 times as strong, in fact. It also orbits its sun in an odd elliptical path that takes it way out far and loops it back very close, all in about 5 days.

iGoogle: that’s the name of Google’s latest incarnation of its personalized homepage feature, which allows the Google search homepage to include feeds from blogs and news sources, access to email, weather, and other informative widgets, and even allows users to publish small "blogs," photos, or messages to other users. 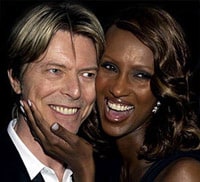 The Webby Award winners were announced this week, and once again the list of winners and nominees catalog the best of the professional web. This year includes categories for best actor and actress, highlighting the increased importance of video on the web. An awards ceremony will be held in New York on June 5th, where David Bowie will be honored with a Webby lifetime achievement award.

The British Library and Microsoft are collecting millions of emails from Brits to archive as part of a project to capture contemporary culture. During the month of May, Brits are asked to forward an email from their inbox which will become part of the Email Britain digital archive.

Tech Video of the Week This video shows Russ Burtner of Microsoft’s Center for Information Work demonstrating a very cool prototype for a futuristic "computer". Burtner says that his team thinks out ideas 5-7 years into the future, and if that’s the case this sort of technology is not far off. Using a somewhat dry hypothetical example of a manufacturing business, Burtner demonstrates how the use of scannable watermarks on paper and RFID tagging along with "the future of Microsoft Office" allows every part of a business to be tied together electronically. Plus, there’s some really cool touch-screen action. Burtner says, "This desk is about the visualization of information….It’s all about communication and collaboration for the future."

Previous Post: « Towleroad Guide to the Tube #125
Next Post: Rearview Mirror: Looking Back at the Week on Towleroad »