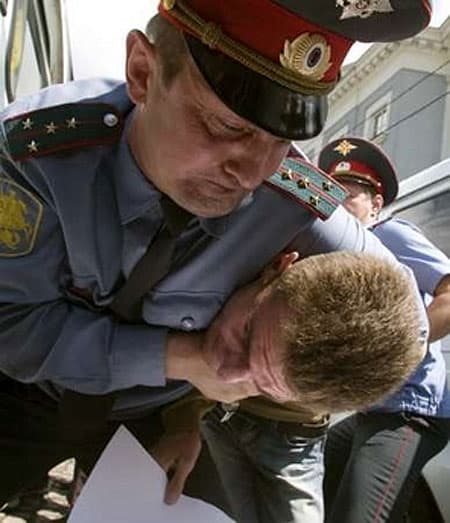 Two dozen gay activists who received permission from the city to hold a demonstration outside the European Union’s office in Moscow were blocked from doing so by police Wednesday.

They were assembling to call on the European Union to impose a travel ban on Moscow Mayor Yuri Luzhkov over the human rights violations he has committed against gays and lesbians.

According to the Associated Press, “Although the planned demonstration had been sanctioned, police said they decided to block it because it would interfere with construction taking place nearby…Demonstrators tried to unfurl a banner, but police dispersed them, grabbing [activist Alexey] Davydov and another demonstrator and forcing them into a police bus. A group of gay rights opponents stood nearby, but did not interfere.”

Said Davydov: “Authorities in Moscow have broken the law again by not allowing our picket.”

Davydov and one other activist were detained. Fairly roughly, from the looks of it. 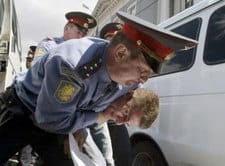 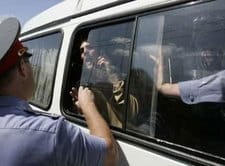