Stephen Henry, a 21-year teaching veteran and recently-elected vice president of the Metro Nashville Education Association, has been placed on administrative leave and will face a three-day suspension from his sixth-grade teaching job after attempting to teach one of his students about the usage of offensive slurs. 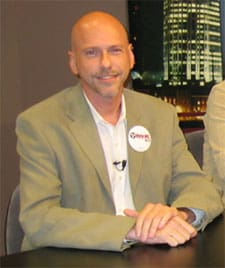 Henry reportedly heard the student describe something as “gay” so he asked the student how she would feel being called the N-word. The student’s mother said that “she felt the teacher was using the ‘what-if’ scenario as an excuse to call her the racial slur.”

Said the mother, Anzora Lee-Starks: “I don’t think he meant it to come out the way it did, but I think my daughter was very hurt, and I was very upset about it. I teach my children not to use that word. I think he made a very poor choice in trying to explain something that is over their heads and using the n-word in the way he did. “I think he’s aware what he said was inappropriate for that age group. Maybe high school or college you might have that kind of exchange and be able to say the word and it would be a discussion. It wasn’t a discussion.”

In an email to the school’s principal, Henry wrote: “Because it has been my practice all year long to address teachable moments when they present themselves … I felt compelled to pursue that lesson. I stated that regardless of what one means, when emotionally-charged words are used, the intent of the speaker is often never heard or understood by those who actually hear the offending words.”

According to the Dickson Herald, “Henry is a professional actor who has won numerous awards as a human rights activist and serves as vice president of the Tennessee Equality Project, a group dedicated to advancing the rights of lesbian, gay, bisexual and transgender residents. He also is a member of the executive committee for the Metro Nashville Education Association and teaches training courses on safety and gay and lesbian issues.”